Moloch has experienced significant growth and change over the last eight years of development. We have grown from an obscure network capturing tool developed at AOL to an open source project with over 4.4k GitHub stars and a dedicated open source community. Countless and often nameless organizations use Moloch to secure their networks at a fraction of the cost of comparable proprietary software. We never could have envisioned such growth and community -- and we couldn’t be more thankful for all of you!

We’ve reached the next stage of the project’s journey and we made the difficult decision to change our name. We heard clear concerns from the community that the name “Moloch” might send unintended or undesirable signals to those who use or might want to adopt it. In changing our name, we seek to alleviate those concerns -- make the project approachable and to foster an inclusive and positive community.

In addition to the rename, we will move Arkime out of the AOL GitHub organization into its own organization. There, we will release version 3.0 early next year - more updates to follow. We've also taken this opportunity to update and simplify our owl logo to something that will look and function better across all types of media.

Coming up with a new name is not easy. We spent months coming up with a plethora of names. Some silly and quirky, like Pacul8r, Owluminate, Meowlz, and Packet Pocket. And some completely wrong like Pakapture, Lightrace, and Eventercept. We aren’t the most adept at coming up creative names, we are software developers, after all. But in the end, there was one name that we kept coming back to: Arkime!

Why Arkime (/ɑːrkɪˈmi/)? In our journey to find a new name, we wanted to convey the software’s ability to capture and store immense amounts of network traffic as well as our sarcastic and sometimes grouchy approach to software development. And we knew we had to keep the owl!

Owls inspire us, and one of our favorite owls is Archimedes, Merlin’s smart, grouchy, and sarcastic buddy. This resonated with us. Also, the mathematician, engineer, and inventor, Archimedes, created the system of using exponentiation for expressing very large numbers. And thus, Arkime was chosen!

Help us get the word out! Share Arkime with your colleagues, star our project on GitHub, or contribute documentation and code. We are happy to announce this change and are excited for the next step in our journey! 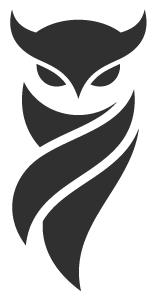